Traynor Amplifiers celebrates the 20th Anniversary of the classic YCV40 tube amp with the YCV4050.

As the year 2000 approached, the world braced itself for an impending Y2K disaster.  People stocked their bunkers with canned goods and corporations did everything they could to make sure their digital data was backed up and safe as possible from the dreaded numeric change. Meanwhile in Canada, legendary amplifier manufacturer, Traynor, kept on doing what they do best; designing an award-winning world class tube amp.

The YCV40 was released in 2000 and went on to become the longest running guitar amp series in the company’s 56 year history.

Prior to 2000, it had been approximately 10 years since Traynor had released a guitar amp. Traynor’s return had to be more than nostalgia, but relevant to the market of the day. Traynor’s name was still out there as enthusiasts were modifying their vintage Traynors.

The YCV 40 was released to international success at the retail level and in the press. In 2001 the amp was awarded Guitar Player Magazine’s Editor’s Pick.

As the years went on, the YCV40 design evolved into a series with each amp having its own unique technical and cosmetic feature set. The YCV4050 20th Anniversary Edition is an accumulation of the most loved aspects offered by the YCV 40 culled from the last 20 years.

Throughout its history the YCV series have been issued in black, blue and wine red.  To celebrate the 20th anniversary, the YCV4050 is finished in emerald green leatherette, oatmeal grill and chicken beak knobs.

The new YCV4050 20th Anniversary edition celebrates the YCV legacy and reintroduces the amp as a timeless classic. 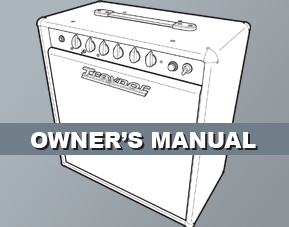