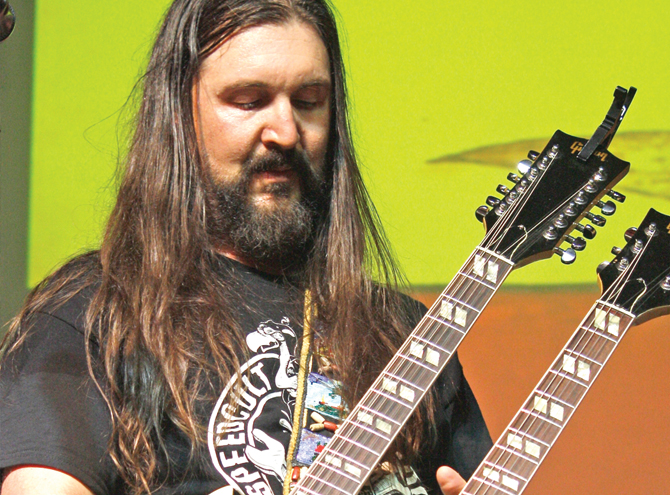 “I am proud to fly the TRAYNOR Flag on stages all over the world!”

Yee Ha! Southern swamp blues-rock mayhem with paint-peeling slide guitar like you’ve never heard: Grady from Austin, TX is a razor-sharp power trio fronted by guitar master Gordie Johnson who counts gold/platinum records on his wall from his stint with Big Sugar. With picks on all his fingers, he rips the strings, loud as hell, through a Garnet pre-amp with a whole lotta power. Grady has a fiercer, more direct sound than his previous music–a perfect fit for Alternative Tentacles.

Gordie decided to unplug from the commercial music industry, heading south with longtime sidekick Big Ben Richardson and made Austin Texas his new base. Forming Grady in 2004 they quickly became an Austin staple, winning best new act at the Austin Chronicle awards. Gordie also made Willie Nelson’s Pedernales Studios his home base for his producing work with production credits that include Govt Mule, Reel Big Fish, Black Crowes and Nashville Pussy among many others.