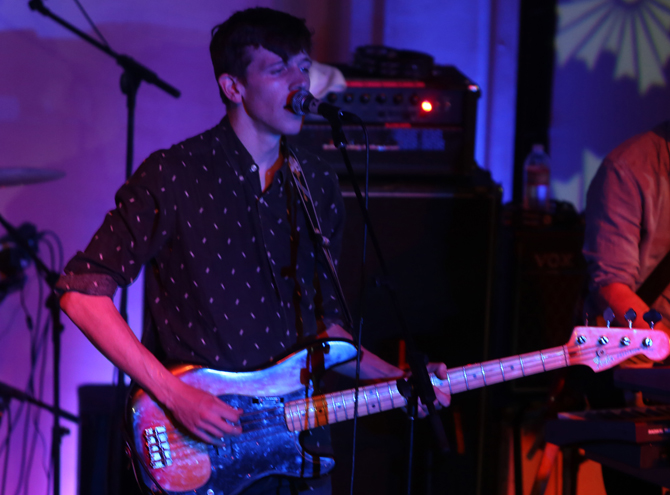 “I think we have had a shift towards the reliable as opposed to the sweet or kitschy. I had a long history of old non-SVT Ampegs and then a Traynor Custom Special and now the fine people at Traynor sent me one of their newer heads to try out and skeptical as I was of this modern contraption it hasn’t broken on me. It sounds the same every night! It’s amazing! It doesn’t have to be louder than the whole drum kit to sound good either. I really like to get some gain out of my amps for bass but you don’t want to drown everyone out when you are in a smaller club.”

For a band that burst on the scene with an ecstatically received 16 minutes of music (2006’s A Lesson In Crime EP) followed in rapid fire succession by additional EP’s and singles (Smith, “Your English Is Good”) and a debut album (2008’s Elephant Shell) all in under two years time, you’d think 26 months between albums would be an interminable wait. And it might well have been for Tokyo Police Club, had they not toured relentlessly in support of that first album through August of 2009 and started writing new songs virtually the second their previous record was put to bed.

So the nine month gap between the close of that tour and the June 8 release of Champ, Tokyo Police Club’s second full length album and first for the mom+pop label, has been anything but boring or unproductive. Quite the opposite in fact: The Newmarket Ontario quartet ended up happily immersing itself more fully in its craft than ever: Greg Alsop (drums), Josh Hook (guitar), David Monks (vocals, bass) and Graham Wright (keys/percussion) challenged and redefined their songwriting and performing chops and techniques from day one of pre-production, and, together with producer Rob Schnapf (Beck, Elliott Smith), ultimately created the defining record of their career to date.

By the band’s account, not a second was wasted in getting to the genesis of the material that would become Champ. “Naturally we started writing really early,” Monks recalls, particularly in the case of “Breakneck Speed,” the first peek at Champ that the band would eventually stream at http://tokyopoliceclub.com/. “Breakneck Speed” was written right after we finished mixing Elephant Shell. After that, writing came really gradually. Then by Summer 2009 we realized we had eight or nine songs and we headed to New York to demo them and start pre-production. When we came home after that, the momentum was there and we kept writing and didn’t stop until we finished that November.”

All of which explains why numerous Champ highlights will be familiar to those who’ve caught Tokyo Police Club from dates on their last headlining tour through this year’s appearance on Coachella’s main stage, from the epic slow burn of album opener “Favorite Food” to the irresistible shuffle of “End of A Spark” to first single “Wait Up (Boots of Danger)” whose hypnotic refrains made it onto Champ just under the wire. “Yeah that one almost didn’t make it onto the record,” says Monks. “I remember writing the chorus on the way back from demoing in New York and finishing it when we had about three weeks left. It was close.”

While fans are sure to be pleased by Champ’s familiar live staples and other tracks in the signature Tokyo Police Club vein that the Los Angeles Times likened to “being in love for the first time, in musical form-that kind of rush,” the album’s more experimental and adventurous tracks shine just as brightly. The fruits of Champ’s hard labor combined with intriguing hints at that band’s future musical excursions make tracks like “Gone” and “Not Sick” essential listening. The former was the result of a summer-long weekly songwriting challenge between Dave and Graham that was never intended to yield music for the LP, he explains: “First thing every morning we had to write a little song and record it to send to the other. The only rule was that it had to be entirely on the spot. So one Wednesday I came up with “Gone” and it it grabbed Graham enough to bring it to the band. What we came up with almost didn’t make sense; the different parts, the strange time signature, until Greg came in with his contribution: a beat that made everything fall together really naturally and easily. And suddenly it was a song. And “Not Sick,” for whatever reason, was the hardest song we ever had to do.”

That said, it’s always the most natural talents always make excellence look effortless. And Champ is no exception, thanks in large part to the instantly simpatico relationship the band struck up with Rob Schnapf. “So many producers feel a need to leave their imprint on a band or record,” says Monks. “With this record, we’d gotten to a place where we were happy with our own voice as a band, so why would we do dilute it or compromise it? We needed to find someone to help us best express that voice and Rob’s help was invaluable in getting that across.”

Tokyo Police Club took its first baby steps toward finding that voice with its formation in 2005. The band was off and running the following year, releasing the debut EP A Lesson In Crime to instant and universal acclaim. One more EP (Smith), a digital-only single (“Your English Is Good”) and a few world tours later, Tokyo Police Club’s first full length album, Elephant Shell was released in April 2008. Elephant Shell’s release was preceded by multiple sold out shows in New York, Los Angeles, San Francisco and Toronto, and followed by appearances on The Late Show With David Letterman, The Late Late Show With Craig Ferguson and, bizarrely enough, Desperate Housewives. Critical response to the full length was even more enthusiastic and diverse, with the likes of GQ (“Strokes-caliber catchiness”), Elle (“a smart, furiously played sugar-rush debut”), Rolling Stone (“poised to become the biggest Canadian export since Molson”) and more giving thumbs up. The guys circled the globe in support of Elephant Shell for approximately a year and a half, finally coming off the road in August of 2009.

All of which brings us to Tokyo Police Club unveiling Champ to ears and eyes the world over, as the band embarks on a tour as special guests of Passion Pit that will take them through the end of June. Barely hours after that tour concludes, the boys will kick off a headlining tour that will find them headlining through the summer, combining Champ material with the numerous fan favorites in their live set. “There’s really not one thing to sum it up,” says Monks of the record. “Musically we didn’t follow any kind of framework or preferred kind of song. Any direction we went is a direction that just felt fun.

“Or you could say,” he concludes, “It just sounds like us.” 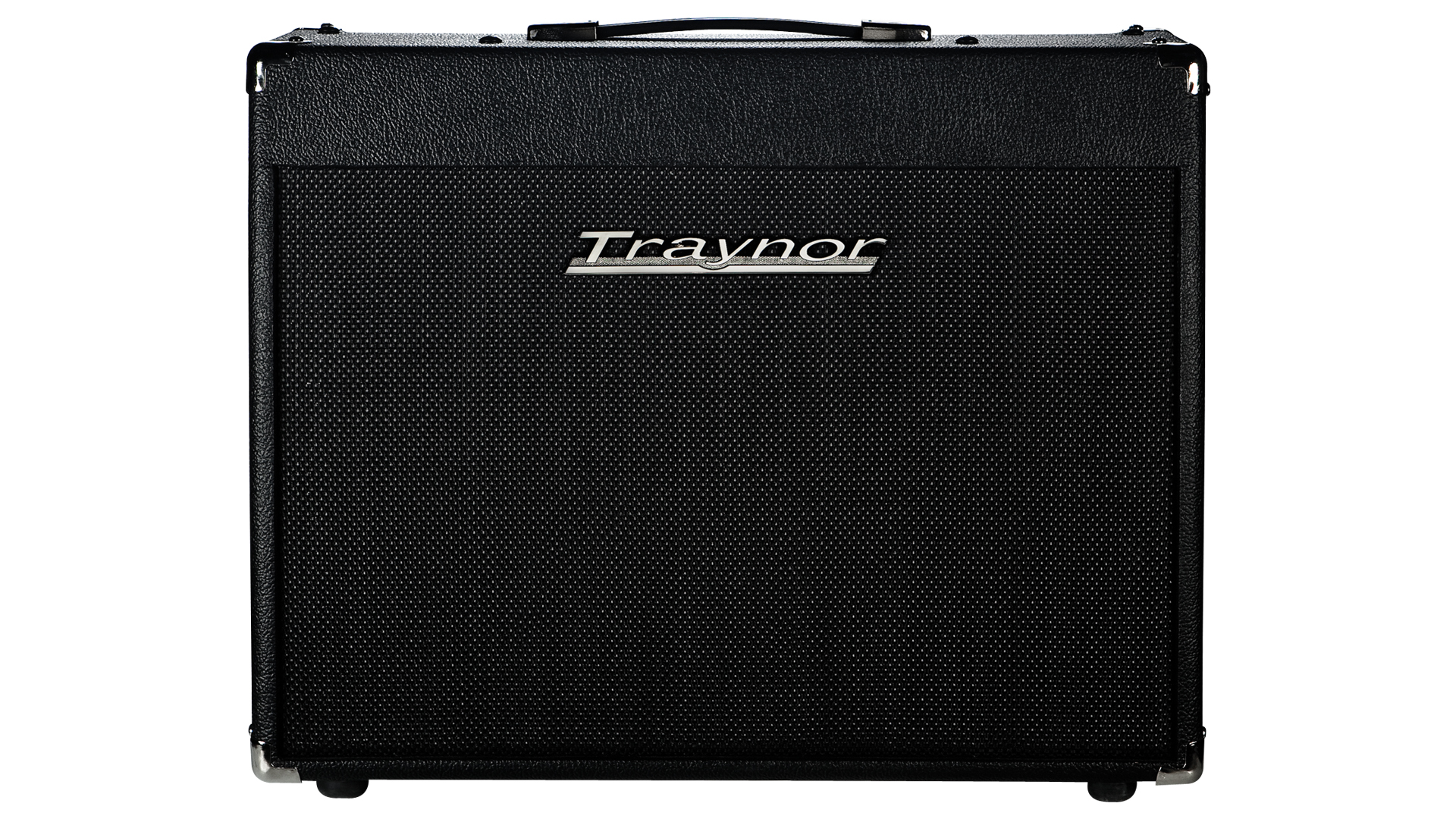